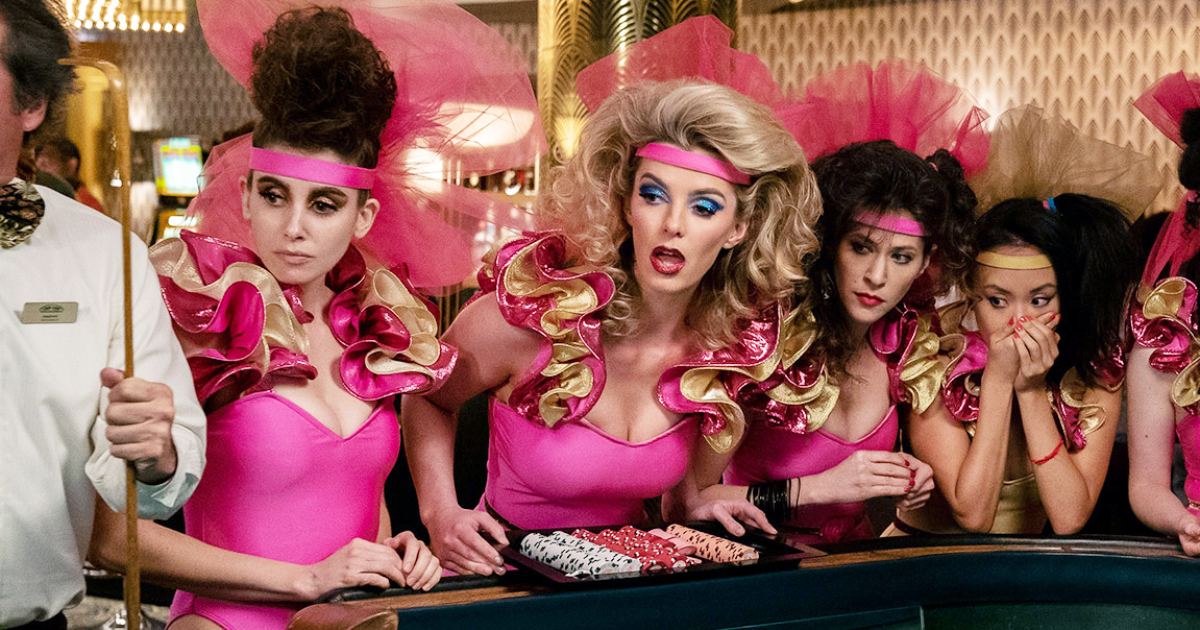 This summer for Netflix’s flagship shows and their respective third seasons have been a mixed bag. After the brilliant reception to the third season of Stranger Things, audiences immediately started discussing what could come next while The OA was denied its chance to even get a third outing. Here’s hoping this isn’t the end for GLOW after season three dropped on the streaming service last week as this season is the best one yet.

GLOW has been a personal favorite Netflix originals since it started back in 2017, however, showrunners Liz Flahive and Carly Mensch hit a different stride with this season and you can feel it from start to finish. Instead of hanging on to what worked in the previous season, it pushes what’s come before and as a result feels fresh and new. This may be brought about by the show’s narrative-driven move from a TV studio in LA to a live theatre in Las Vegas, adding a new playground for the cast and new opportunities for individual storylines.

As much as the first two seasons of GLOW were enjoyable to watch, there were some episodes that felt slow as they appeared to serve as a build up to something more significant. Meanwhile, this third season features very few wasted minutes in any of its episodes – even the episode in which the cast of the now-successful wrestling show take themselves out to Vegas’ Red Rock Canyon on something of a self-imposed wilderness retreat.

One of the best parts of GLOW was…