I enjoyed the first Deadpool in 2016 because it was a refreshing break from the ever-growing library of superhero movies. I’m also a big fan of Ryan Reynolds, so seeing his humour injected into such an over the top character was pretty great. And twin that with the way Tim Miller made ultra violence incredibly visually-pleasing and I’m on-board.

Thankfully, that’s also all true of Deadpool 2. Reynolds is still very funny and new director David Leitch brings his own brand of aesthetically enjoyable violence. But as with any good sequel, Deadpool 2 has much more going for it. The humour has longer legs than the title character looking down the camera lens and saying something sarcastic and the secondary or tertiary characters are much more engaging than previously.

Basically anyone who wasn’t Deadpool in the first film was flat and uncomplicated because we need to learn everything we can about the titular character. But in Deadpool 2, we see Josh Brolin add layers to Cable who had the potential to be irritatingly stoic. Domino, played by Zazie Beetz provided a different, more grounded brand of humor and moved the storyline on more than once. And Rob Delaney as the well-publicised Peter… well – he’s just got an outstanding moustache, hasn’t he?!

These characters, as well as several other great additions to the cast mean that Reynolds’ Deadpool doesn’t have to do all the comedic heavy lifting as well as do everything in the action set-pieces to keep the film on pace. Driving all of that is a well-fleshed out storyline and some significant character development for Deadpool. But – and it’s a big but… the way the movie starts, and the thing that provides Deadpool’s motivation is something of a problem.

Because when we talk about Deadpool 2, we need to talk about the issue of fridging.

Now if you don’t know what fridging is, it’s a (very outdated) storytelling device. 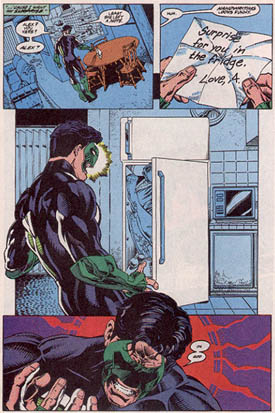 Essentially, a female character is fridged when they’re “killed, maimed or depowered in order to motivate a male character to take action. This according to a definition from Gail Simone, a comic book writer who popularised the term in 1999 on her website, Women in Refrigerators.

The depowered bit in the definition is because fridging has its roots in comics, referring to an incident in Green Lantern #54. Here, the hero comes home to find that his girlfriend, Alexandra DeWitt, has been killed by villain Major Force and stuffed into a refrigerator.

It’s a common term that’s now used when this occurs in film and TV and unfortunately, Deadpool 2 is one of them. We’re heading into fairly minor spoiler territory – so if you don’t want to know the setup for the film, then come back once you’ve watched it.

If you’re still here, and you’ve seen the film, you might see where I’m going with this.  Because unfortunately, Deadpool 2 fridges Morena Baccarin’s character Vanessa, right at the beginning. This serves as motivation for Wade Wilson, AKA Deadpool, to take action, driving the story for the rest of the film. It’s a shame that even for a movie like this – one that’s so incredibly self-aware and pokes fun at its own stereotypes, falls for a trope like this.

And don’t get me wrong, I’m not trying to preach like I know much better. I heard about fridging only fairly recently on a movie podcast. But since then, I’ve started spotting it. And unfortunately, that doesn’t take much because while this particular device’s name might only go back 20 years, the concept is much older.

In killing Vanessa to drive Wade Wilson’s story arc, the latest Deadpool film rubs shoulders with the universe-sharing X-Men and everyone’s favorite secret agent James Bond. And you can put these alongside the Bourne movies, The Dark Knight, the latest Pacific Rim and countless others. As soon as you know what you’re looking for – fridging is all over the place.

Now the issue with fridging is fairly straightforward, or at least it should be. It devalues female characters and reduces a male character’s motivation to anger. And as a writer, it’s much easier to come up with something along those lines than writing something emotionally challenging for either character.

When you see a film that’s a straightforward protagonist vs antagonist, this is where we’re likely to see this happen – but that doesn’t need to be the case. I’m going to use two Marvel examples here because I’ve been watching a lot of MCU movies, prepping something else I’m writing.

Take Thor: The Dark World as an example. The hammer-wielding god is driven to revenge when his mother Frigga is murdered. And it’s easy to write that because it’s easy to relate to. Who wouldn’t be a bit peeved if their mother was killed?

But consider that against Black Panther. The film sees bad-guy Killmonger go head to head with the aforementioned big cat. But their differences aren’t driven by angst from a fridging. Instead, Killmonger wants to open Wakanda so the rest of the world can use their resources to help poverty and under-valued parts of society. And plenty of people came out of the cinema after Black Panther thinking Michael B Jordan’s villain made an awful lot of sense, and he’s considered one of the best antagonists in the MCU. 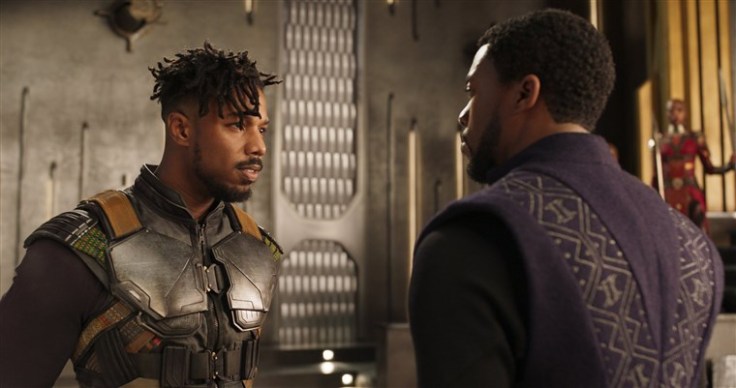 Avoiding fridging provides the ability to write more complex storylines. And I’d like to think that audiences want something a bit more thought-provoking than ‘a bad man kills the good man’s wife – he’s probably going to get revenge.’

When promoting Deadpool 2, one of the writers Rhett Reese said he wasn’t aware that fridging was a ‘thing’ and as such didn’t think anything of writing out a female character for the the advancement of a male one. But hopefully, that’s where things can change. If we continue to have conversations about how genders are represented in film and TV, filmmakers will be more aware of tropes like fridging. Only by knowing about them, can writers work to avoid things like this and ultimately create better stories.